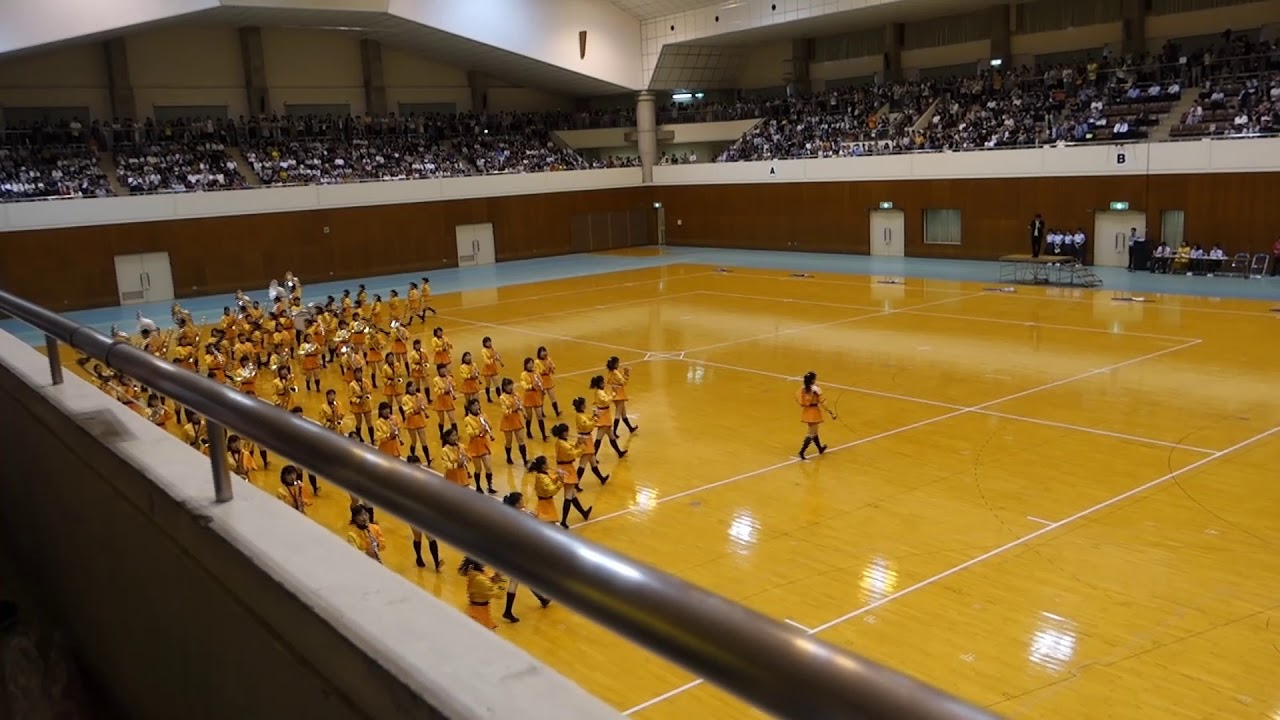 Since I’m a bit unorganized, I didn’t look for the train connections until I arrived in Osaka. With help of the “JapanOfficialTravelApp“, it was quite easy to find a traveling route to the “Yamashiro General Sport Park Athletic Field” in Kyoto. There were two options. For both options I had to take the train to Uji and then either walk or take a bus. I wanted to take the bus but the signs on the buses were only in Japanese. So I missed the bus and had to walk 2.5 km slightly uphill.
(My advice: Just go to the front door of the bus which is usually closed and ask the driver. If you name your desired destination, he will try to help you.)

When I arrived at the location of the contest, I saw a long line of people and so I queued up. I was lucky because some Japanese bought their tickets before lining up but you also can buy your ticket inside the building.
(If you are not sure, you can always ask a staff member. Don’t try to ask the guests as most of them can’t speak English.)

Inside the building, there were staff members who would guide you to free seats. Since I arrived only an hour before the event started, the only seats available were opposite the officials.
(So if you want to see the soloists from up front, you have to arrive much earlier, but I think it isn’t necessary.)
My seat was in the front row opposite the officials.

All bands gathered together

The contest was really great. It’s a huge difference between watching videos online and seeing this contest live.

After the contest, the bands gathered outside and waited for their team leader to dismiss them. A great opportunity to get group photos of the bands. At that point a young Japanese man talked to me. He asked me if I was there to see the Tachibana band and then told me that he used to be a member of that band. He then showed me a YouTube video featuring him. He was inside a T-Rex costume there, so it was quite funny.
(Editor’s note: He must have been Rose Parade -veteran as the suit was first introduced in Bandfest late December 2017 and the last time graduating 3rd years’ were with the band was in the Return Concert January 2018, see more of these events here)

As you can see, it’s no problem for a foreigner without knowledge of Japanese to visit the Kyoto Marching Contest. Just go there, follow the other visitors’ example and have fun.

When I decided to go there, I looked up how to buy tickets in Japan. Luckily there are some websites and some videos which explain how you buy tickets at a Lawson store. If you have the code for the specific event (which you can look up on the internet), it’s quite easy to buy a ticket. Sadly there were only tickets with free seating, and all seats which were in front of the band were reserved seats. It’s important to mention that there were two different tickets: One for the high school bands and one for the middle school bands.

I arrived at the location of the contest at 9:30 am. You could also buy tickets on the spot. So if you want to try your luck you can buy your tickets there. As I already had my tickets, I queued up and went in. There were still some good seats available.

During the contest, all announcements were purely made in Japanese.

After the high school bands finished their performances, there was a short break and then the award ceremony. Tachibana won Gold, but wasn’t selected for the next round. Then all people had to leave the building and if you also wanted to see the middle school bands you had to line up again and re-enter.
(So if you want a good seat for the next part you should perhaps leave a little bit earlier.)

At the beginning of the middle school part, two students who were responsible for organizational tasks came to me and informed me that it wasn’t allowed to take photos or record the contest. Or rather, they tried to inform me by talking to me in Japanese and pointing at my camera. There were no signs about that but there was an announcement in the beginning which contained the word “camera”. So I assume it was prohibited during the whole contest.
(However, you can order a DVD or Blu-ray from the contest for about ¥8900, but I think it isn’t an option for foreigners.)

Of course there was a separate award ceremony for the middle school bands after they had finished their performances.

Taken all together, it was quite a long event, so I would recommend to bring something to eat and drink. Of course you also can buy food and drinks there, but it’s more expensive.